Wirksworth, 23rd June 2010; Harrington Generators International (HGI), one of the leading providers of military specification generators is demonstrating its capabilities on stand number OR 52 at DVD being held at the Millbrook Proving Ground, Bedford on 23 and 24 June 2010. 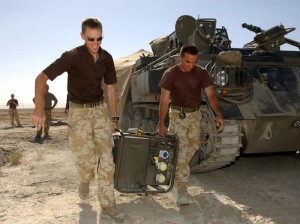 It will be participating on the stand with other companies from a newly established grouping called INFREG which has been set up to bring together small and medium sized companies focused on providing infrastructure solutions, training and security solutions to military, police and international aid organisations globally.

HGI will be presenting its abilities to provide a range of generators including:

• Small rugged, man-potable generators with very low ripple DC output
•The advanced 2 kW Light Field Generator (LFG) in service with the UK’s Armed Forces as the standard generator in its class
• Trailer mounted generators with power outputs from 5kW up to in excess of 25kW and used on equipments such as the Rapier air defence system or the ASTOR airborne stand off radar ground control station
• On board sets requiring specialist design skills to fit the generators into the often tight spaces available such as on the Saab Arthur weapon locating system and the Reacher satellite communications ground terminal
• The SKD range of super silent canopied diesel generators producing from 2.6kVA up to 12kVA based on COTS equipments to shorten delivery times and reduced costs

“HGI has over 30 years experience of designing, developing and producing high quality generator sets which meet or exceed military EMC and DefStd specifications and deliver the required power solution no matter how challenging the conditions” said Bryan Harris, Managing Director of HGI.

On the Marshall Land Systems stand, SP 06, HGI is demonstrating two generators. The first is a SKD 100, a COTS based solution generating 32 amps at 240v and the second a three phase 400v 32 amp set.

Amongst HGI’s customers are the UK MoD, overseas governments and defence prime contractors including Saab.