Chess Dynamics announces the appointment of David Tuddenham as Managing Director and David Eldridge as Sales Director as part of the company’s programme for growth.

The two appointments are announced by Graham Beall, Chief Executive of the parent company Chess Technologies Ltd, and have been made to help drive the company’s ambitious growth plans.

“We have been reviewing our strategy over recent months and have set ourselves some ambitious plans to organically grow the business to more than double its current turnover. The two Davids will have significant roles to play in achieving this,” said Graham Beall. 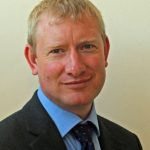 David Tuddenham joined Chess in 2011 as Operations Director, following a career which started as a manufacturing engineer at TRW Lucas Aerospace and progressed into the role of site Director with Teledyne Oil and Gas prior to joining Chess. 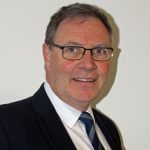 David Eldridge joined Chess in 2015 as Sales Manager following a series of senior roles at Brimar and latterly Image Precision. During this time, he was involved in a variety of electro-optics and display programmes including Foxhound generic vehicle architecture and Battle Group Thermal Imaging. Prior to this he worked on a series of aircraft projects within GEC-Marconi.

The Chess Group provides electro optic surveillance systems for both land and maritime use in the defence and critical national infrastructure markets.  It has offices in the UK in Horsham, Sussex, Wokingham, Berkshire and Plymouth, Devon; and in the US in Denver, Colorado.